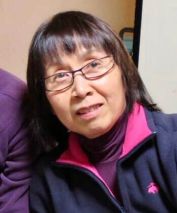 Fusae was born in Oita, Japan. She began folk dancing as a college student in Tokyo, engaging in a broad array of international dances. In the mid-1970s, after her graduation, her interest focused on Balkan dancing. She began traveling abroad to learn more about the dances and their cultures. She has studied dance in Romania and Macedonia and has taken additional classes in Serbia, Bulgaria, Greece and Turkey. For the last thirty-five years, Fusae has regularly taken foreign dance teachers on tour in Japan where they have taught workshops and weekend camps throughout the country. She moved to Sacramento in 1984, but returns to Japan three or four times a year for the tours. She was invited to camps throughout Canada and United States to teach as an assistant to Atanas Kolarovski, the now-legendary Macedonian dancer and choreographer. 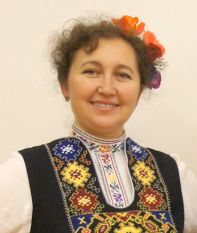 Iliana was born in Galabovo, in the Stara Zagora region of Bulgaria. She grew up in a family of musicians and singers in South Thrace. In 1981, she graduated from the National School for Art Instructors in Plovdiv. She completed her bachelor’s and master’s degrees in “Bulgarian Folk Dances and Choreography” at the Academy of Music, Dance and Fine Arts in Plovdiv, the oldest folk arts academy in the Balkans and the most acclaimed in Bulgaria.

At the age of fifteen, Iliana became a member of the folk dance Ensemble Rachenitsa in Plovdiv. Her experiences with the ensemble, under artistic director Dimitar Doichinov, inspired Iliana to devote the major part of her life to Bulgarian folklore. Through the ensemble she had the opportunity to perform Bulgarian folk dances in other parts of Bulgaria, as well as in many countries in Europe and in Russia. It was here that she took her first steps as a dance teacher.

In 1981, Iliana became choreographer and artistic director of two children’s folk dance ensembles. She created her first dance choreographies for these children and also introduced both groups at the Festival for Amateur Folk Art in Plovdiv.

Since October of 2004, Iliana has been the director and choreographer of the 150-person Ensemble Voivodintsi.

In 2005, Iliana was invited to serve as dance coordinator for the Folk Seminar Plovdiv-at the Academy of Music, Dance and Fine Arts in Plovdiv.

She also organized tours in Bulgaria for many of her dance students and friends from all over the world. 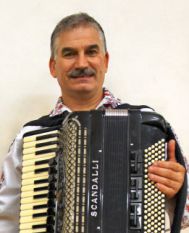 Todor was born in 1962 in Plovdiv, but he grew up in the village of Dobralak in the Rhodopi Mountains in a large family. His father, Vasil Yankov, was a well-known gaida player in the area. Todor began to play gaida, like his father, and then when he was 10 year old, he took up kaval. When he was 16, he discovered the accordion and began to teach himself to play. He is also a wonderful singer. For many years he played with the Hisar folk orchestra at different holiday celebrations. He has been the accordionist for the Rûchenitsa, Hebar, and Pûldin ensembles, and, most recently, Ensemble Voivodintsi.

Iliana and Todor met each other in 1984 in Ensemble Ruchenitsa. In 2004,Todor invited Iliana to be his colleague and work as a choreographer in the village of Voivodinovo. Both of them have founded Ensemble Voivodintsi with 30 dancers and singers. Now the ensemble has 150 dancers. The villagers are proud of their ensemble!

Since 2007 Iliana and Todor began traveling and teaching together around the world. They now lead tours in Bulgaria for their friends-folk dancers and musicians. 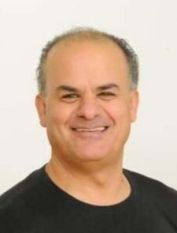 Shmulik was born in Nahariya, Israel. He has choreographed more than 300 dances utilizing both music thousands of years old and contemporary pieces, with some of his original works making their way into the classical Israeli folk dance repertoire. His dances tell the story of Israel as well as stories of Israeli life. He traces his original dance choreography style to the pervasive pulsating rhythm of the Yemenite tarbuka.

Shmulik has been influenced by his formative multi-cultural experiences in Acco, where he performed as a teenager with the celebrated Beit Hagefen Israeli Folk Dance Group, a company comprised of both Israeli Arabs and Jews. In the late 1970s he went on to professionally dance with the world-acclaimed Karmon Dance Troupe, performing throughout Israel, Europe and South Africa. Shmulik directs international dance camps and seminars, and his years of experience and influence on dance make him an esteemed ambassador of Israeli folk dance throughout the world. 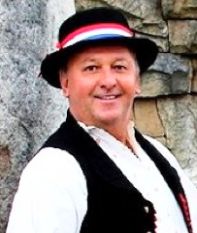 Zeljko is a native of Varaždin, Croatia. He was a leading performer with the Croatian National Folk Ensemble LADO for twelve years, and he has created over 350 original choreographies for 70 different amateur, semi-professional, and professional ensembles, including: